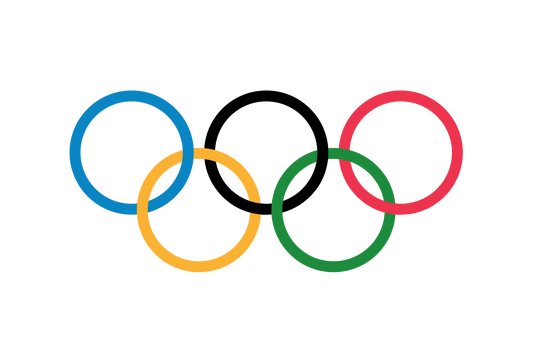 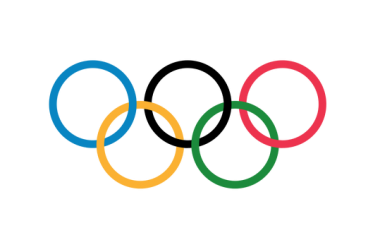 The Olympic Games are financed through private investment plus a large contribution from the International Olympic Committee (IOC) whose revenue comes from a variety of sources, including broadcasting rights for the games. The most recent Olympic Games have cost billions of dollars to host, with vast sums spent on the infrastructure required for the event including hotels, stadiums, hotels and more. For this reason, only Los Angeles recorded a profit from the games because the necessary infrastructure already existed.

Taking years to organise and involving thousands of organisations and individuals, it is not surprising that the Summer and Winter Olympics are the most expensive sports events in the world. Whilst there can be much national pride in the events, staying on budget is a challenge for most host cities.

The Olympics is not just about competitive sports, it is used by countries to project their global power. The 1936 Olympic Games in Berlin were allied to the country’s political ideology and ambition which saw the building of the first multi-sports Olympic park and made the city look like a film set. Although all have tried, Barcelona (1992) is the only Olympic city that successfully transformed into an international tourist destination on the back of investment in the games.

The final cost of the inaugural 1896 Olympic Games in Athens was six times over budget. The 2004 games in Athens was similarly over budget, with the final bill being around USD11 billion. Generally, the Olympic Summer Games are more expensive to host due to needing more venues and hosting more sports, athletes and spectators. The exception to this rule is the Sochi 2014 Winter Games in Russia that cost around USD55 billion (USD12 billion was stated in the bid).

The cost of the Olympic Games was around USD1 billion between the 1960s and 1980s except for the Montreal Olympics in 1976 which was the first to break the USD6 billion barrier for costs, which was repeated in 1980 by the Soviet Union. 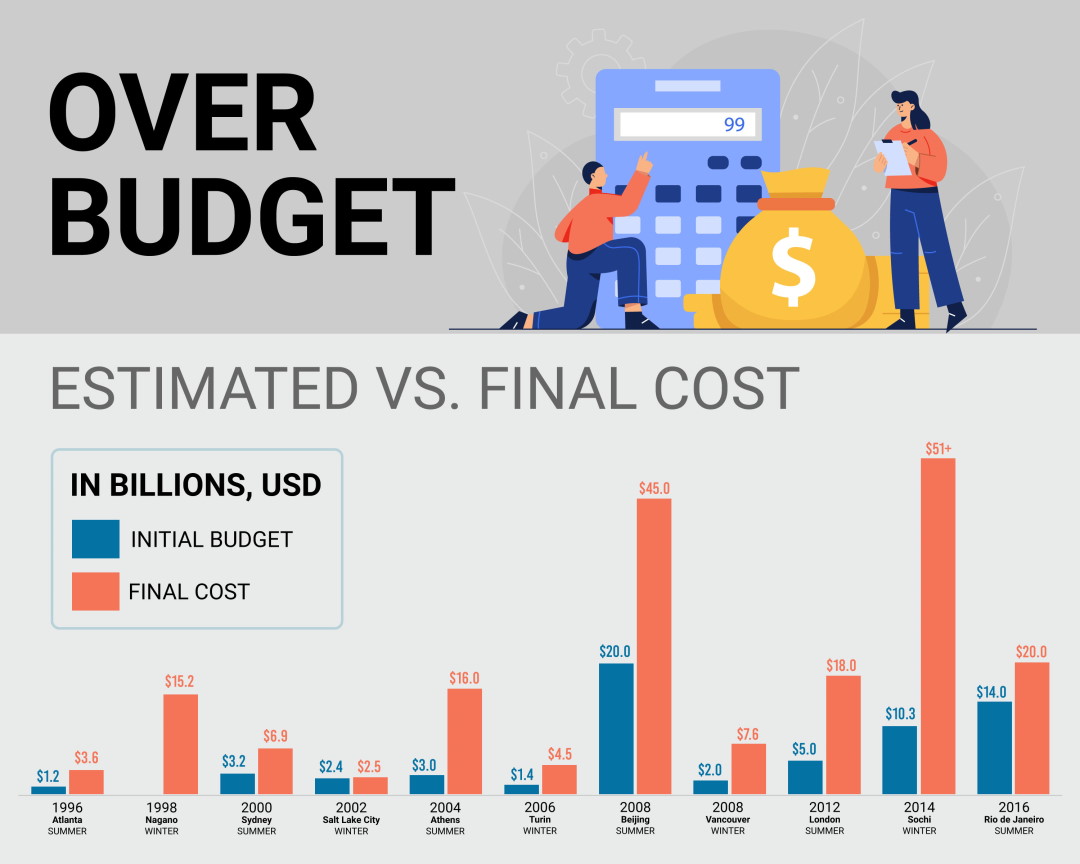 The 1984 Sarajevo Winter Olympics was the first Olympics to make a profit since 1948, making USD10 million.

Later the same year, the 1984 Los Angeles Summer Olympics also made a profit and is widely considered to be the most financially successful modern Summer Olympic Games. Thanks to existing infrastructure the costs were USD0.7 billion and generated a USD215 million operating surplus, USD289 million in broadcasting fees and an almost 10 per cent annual increase in tourists to Los Angeles County that year. This was the first Summer Olympics since 1932 to make a profit.

In 1988, the Calgary Winter Olympics in Canada made a profit of USD26.5 million with South Korea also making a record profit for a government-run Olympiad at the later Summer Olympics to the tune of USD300 million.

Barcelona recorded a profit of USD10 million for the 1992 Summer Games which was reinvested in the city for it to become one of the top tourist destinations in Europe.

Atlanta recorded a profit of USD19 million in the 1996 Summer Games.

Despite additional security costs after the 9/11 attacks in the US, the Salt Lake City Winter Olympics made a profit of USD101 million in 2012.

Whilst Russia’s Sochi Winter Olympics in 2014 was the most expensive Olympic Games in history, Reuters reported that the games had made a profit of USD53 million.

In 2018, the Pyeongchang Winter Olympics recorded a profit of USD55 million which was reinvested in sport in the country. 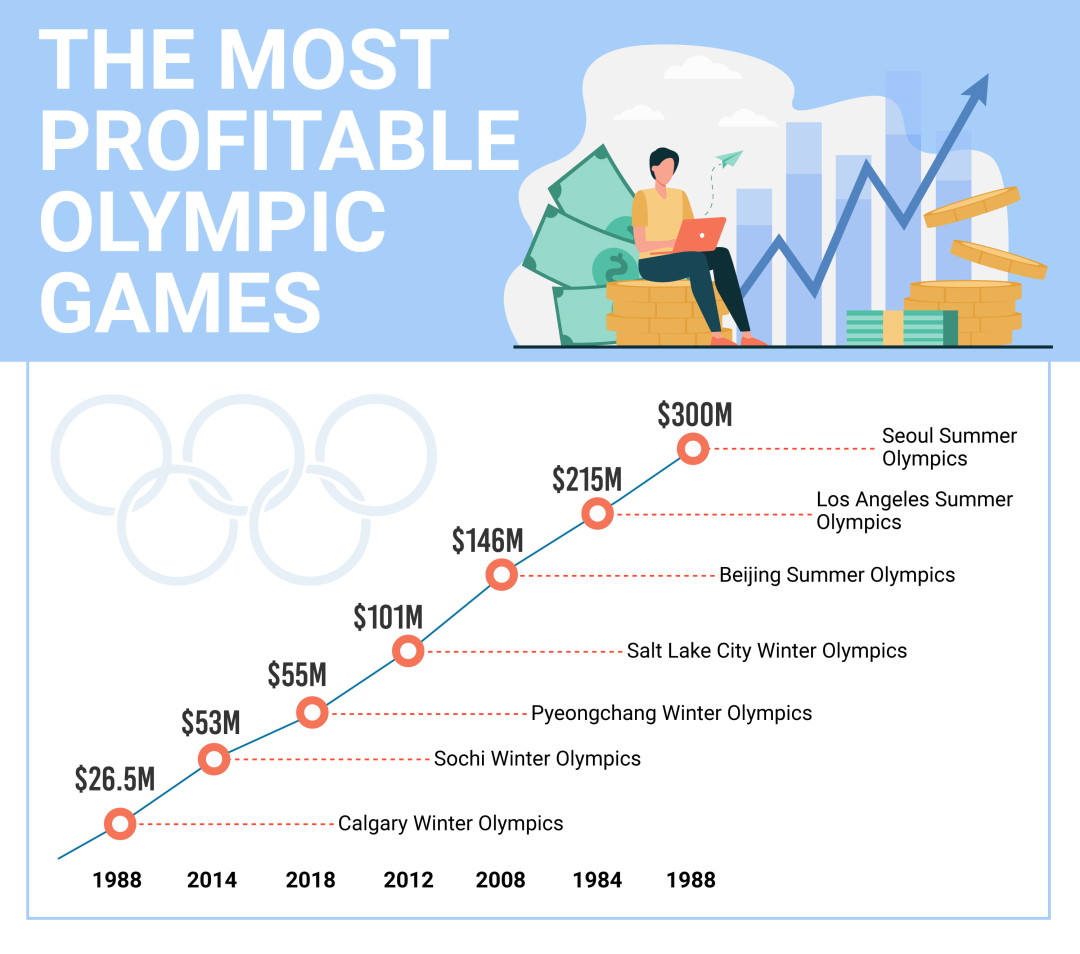 Whilst the UK London Summer Olympics in 2012 is said to have broken even, the other Olympic Games recorded losses. For most of these host cities, extensive construction has led to hotel overcapacity, defaulted loans and poor planning for the use of venues and large infrastructure projects after the games. Sochi costs the Russian state around USD1.2 billion annually in operation and maintenance fees plus interest and tax due on the project, for an event that has little support within the domestic population.

Aside from financial profit, the Olympics have been shown to increase tourism to the area, which boosts local economies. More than half the 6.6 million foreign visitors to Brazil for the 2016 Games were new visitors who altogether spent USD6.2 billion in the country. Other softer financial gains come from the national pride felt when winning the competition to host the next event. This leads to higher spending but also increased productivity at work which boosts output. 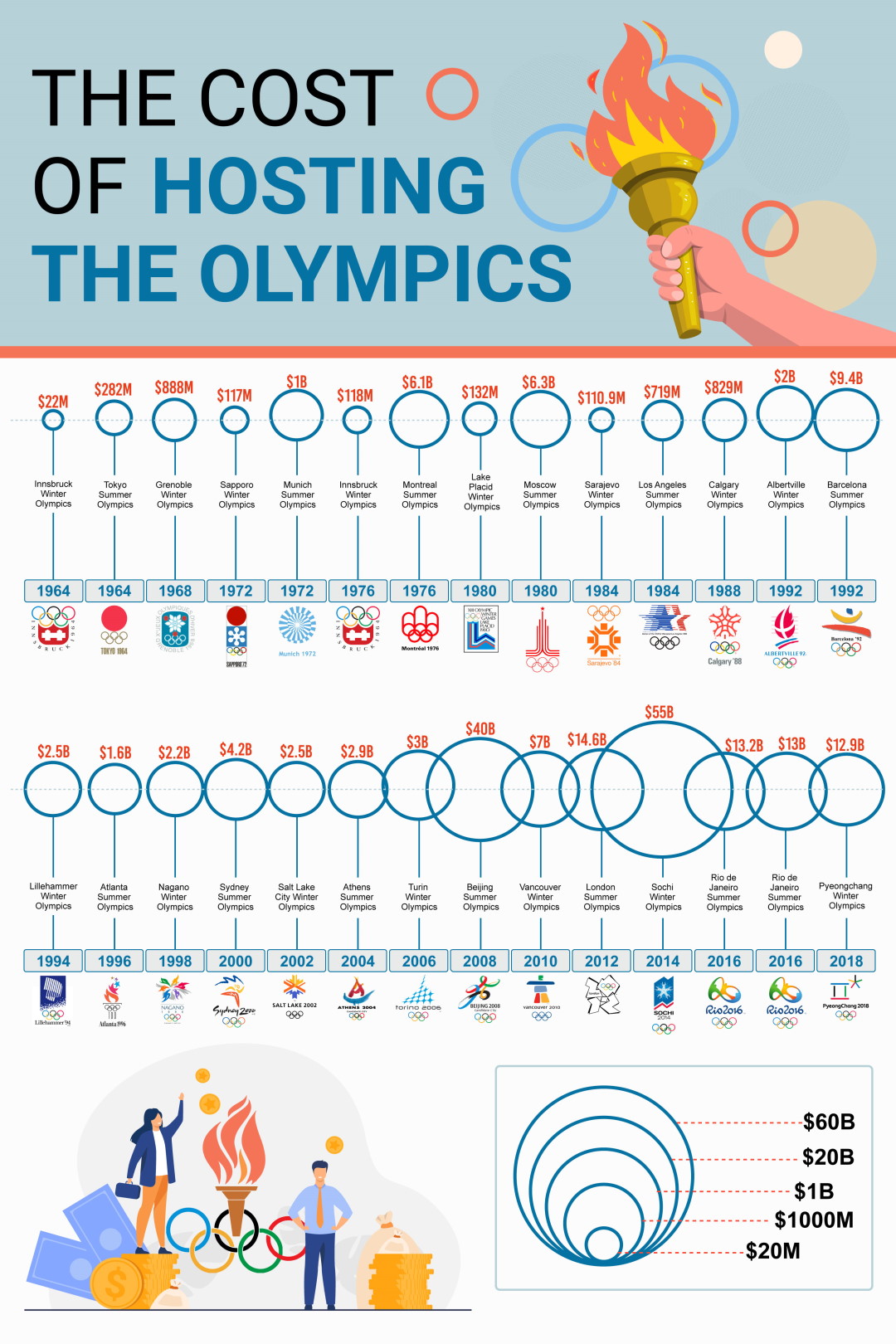 Despite the postponement of the Games due to coronavirus concerns, the 2020 Summer Games in Tokyo will still retain its original title. Tokyo had forecast costs at USD7.3 billion in their bid in 2013. By September 2020, the Games were already 200 per cent over budget with costs rising. The increase is not entirely due to the postponement, since the planning of the Games has resulted in overspends for decades. Japan’s National Audit Board has suggested the final cost could be USD25 billion, making it the most expensive Summer Olympics on record. The cost of the postponement has been put at USD2.8 billion which has been needed to renegotiate contracts and measures to combat the COVID-19 pandemic.

The uncertainty and randomness of costing for an Olympic Games means that cities need to consider the risky financial costs of a successful bid. Yet the host cities are already confirmed for the Olympics after the 2020 Tokyo Olympics. The 2022 Olympic Winter Games will take place in Beijing. Milan-Cortina will host the Olympic Winter Games in 2026. Paris will host the Summer Games in 2024 and Los Angeles in 2028.