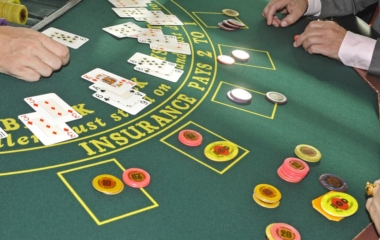 Today, there is no shortage of stories where players have lost everything in the casino. While those cautionary tales come a dime a dozen, it is the success stories that are much rare and more memorable. On the other hand, even if someone wins, they must do so in a very spectacular manner, in order to be remembered by the books. In this interesting blog article, we have presented some of the most intriguing people from gambling history, as well as the craziest bets they’ve made. As a bonus, we’ve also included some interesting facts about the events that took place when those bets were made!

Back in 2004, the entire world became witness to a single casino crazy bet made by one of the most famous roulette players in the world – Ashley Revell. This 32-year-old (at the time) London native created a huge sensation in the news, by selling all of his earthly possessions (clothing included), going to Las Vegas, and betting it all on Roulette! Initially, Revell wanted to make the bet in the Hard Rock Hotel; however, the casino refused to take that bet, which is how Ashley took his savings and went to the Plaza Hotel & Casino instead.

Here is what happened – by selling everything he owned, Ashley Revell had accumulated $135,000 (approximately $195,105 in today’s money) and placed them on one particular Roulette bet field – Red. Given the high profile of the bet itself, TV station crews were there to film one of the rarest and craziest casino moments in history, and they did. Just as the ball slowed down and fell in place, both Ashley Revell and the massive crowd that had gathered around him erupted with joy! The ball had successfully landed in the 7 Red pocket, doubling the player’s bet and the entire experience was recorded on video! 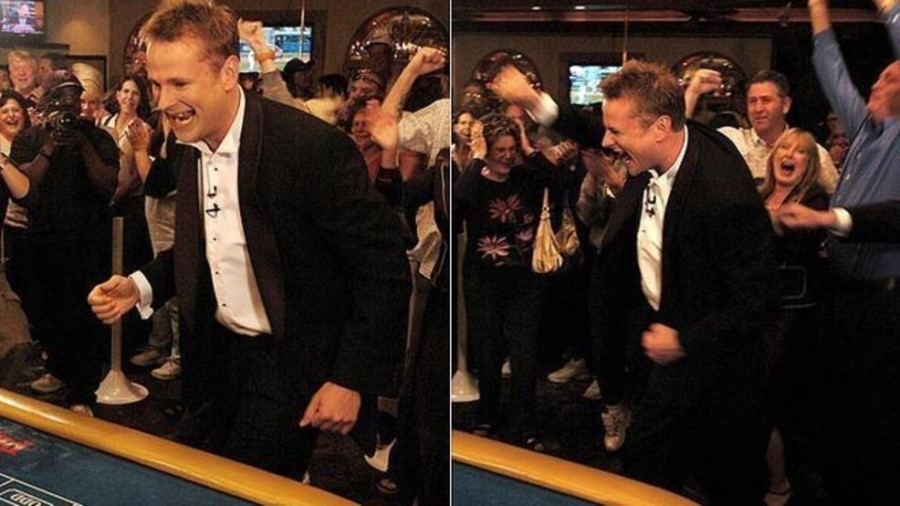 The Phantom Man Bets Are a Mystery

William Lee Bergstrom is another Las Vegas legend, referred to as the “suitcase man”. In 1980, Bergstrom took two suitcases to the famous Horseshoe casino in Sin City and was considered to have made the largest single bets in casino history. One case was full of $777,000, while the other one was empty. Apparently, William made a single bet on Craps, which he won! After asking to remain anonymous at the time when this event transpired, he immediately cashed out, filling the empty suitcase with his winnings, and leaving the casino shortly afterwards.

This crazy casino bet was possible due to one major factor – at the time when this happened, the owner and manager of the Horseshoe casino, Benny Binion, had implemented a rule that the house would match the first bet of every newcomer, regardless of the size – which is what prompted mister Bergstrom to make such an incredible bet in the first place.

Three years after making his first bet, he returned to the Horseshoe, and again, made a single bet on craps with $538,000 – which he also won, again! Only a few months later, he decided to return, and this time placed a cool $1,000,000; however, this time, he lost. The story of mister William Lee took a dark turn after that, because nearly six months after that massive loss, he committed suicide. 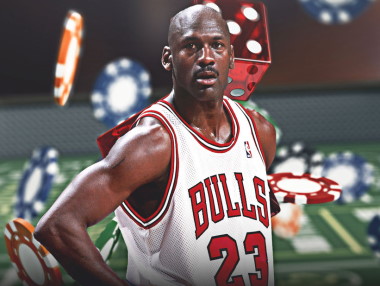 Considered to be the most legendary basketball player in the history of the NBA, Michael Jordan has ascended to a “living legend” status. When this remarkable sports figure doesn’t shine on the basketball court, he is incredibly motivated to feed another passion of his – gambling. Mister Jordan is known to place huge bets on Blackjack tables, as well as on events.

One particular crazy bet made by Michael Jordan, was on the arrival of his own luggage in the baggage claim section in an airport. Reportedly, the NBA superstar bet his friends $900 that his bag would be the first one that would arrive on the carousel in the airport. After everyone decided to participate, the first bag that was taken out, was mister Jordan’s. What he did miss to tell everyone, was that he had bribed the baggage handlers to release his bag first – essentially guaranteeing him victory.

This isn’t even the most shocking time when Michael Jordan decided to bet on something like that! Due to his love for the sport of golf, he reportedly bet any willing participants $300,000 “per hole” in various games. If that wasn’t enough, you might be surprised to learn that he even bet $100,000 on a game of “rock, paper, scissors”. As a highly competitive gambler, mister Jordan is more than capable of jumping at a betting opportunity that would provide him with some excitement.

When it comes to the casino scene, it is known that Michael Jordan is a huge lover of the game Blackjack . It would appear that his infatuation with the game is truly impressive, as he regularly plays hands of $45,000 each. While this seems to be quite remarkable to some, many people can’t help but feel a bit saddened over that fact, as that very same amount of money is what they would make in a year!

The Poker Maestro That Won on Roulette – Jake Cody

Mister Jake Cody is a famous Poker player that has reportedly won more than $4 million during his card-playing career; however, his crazy bet wasn’t made on the game of his choice. The story goes that in the last competition he played (in 2018), Jake won $60,000 from the “UK Championships £2,200 High Roller” tournament. What classifies this as a crazy casino bet you might ask? Well, Jake would take all of his winnings, and place them all on the colour Black on the Roulette table. This is another success story, as Jake Cody won the bet, and went home with $120,000 in his pocket!

What’s interesting about this particular bet, is that it all began as some sort of a joke. While initially, Jake Cody wasn’t planning on even placing a bet at Roulette (given the fact that he is a Poker player) someone from his inner circle suggested that he should bet his entire tournament winnings on the game. Due to the overcrowded environment, he was in, the word spread fast that he was going to make it – whether it was due to peer pressure or not, Cody Made it work, similarly to Ashley Revell – with the exception that Cody didn’t have to sell everything he owned in order to make that crazy casino bet. 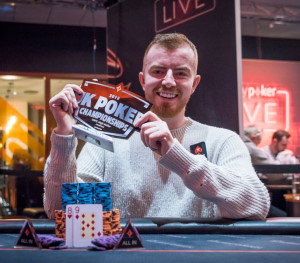 There are a number of billionaires, millionaires, and even regular people that had surrendered to the feelings of excitement when gambling, which has resulted in them making the types of crazy bets that have left them destitute. One particular case tells the story of a man who allegedly played for 4 hours on a Blackjack table. The man was making bets ranging from $500 to $1,000 per hand. He was playing two hands at the same time on every round, and after his session, he had lost more than $200,000.

Another example tells us about a Malaysian player who decided to play $600,000 hands on Baccarat. After several losses, he decided to reduce his bet to $300,000 per hand. In that particular session, he lost $9 million. What makes this story even crazier? Not only did the guy did so in his pyjamas, but he also lost another $10 million on the next day!

The truth is that those “one-off” examples of people hitting it big, are indeed quite rare. We also take into consideration the fact that most of these stories involve not only an insane amount of money, but also a certain scale of publicity – which is what makes the betting possible in the first place. One very popular myth about casinos, is that no matter how much money you’re ready to lay down on the table, the casino will take your business; however, this cannot be further from the truth, as there are a variety of betting limits that don’t even come close to the money amounts mentioned here. If you intend to make a crazy bet yourself, make sure to properly publicise your decision!